Dave Rubin is an author, comedian, and TV personality best known for his political commentary. He is the host of The Rubin Report, a top-ranking talk show recognized as one of the most influential spaces for candid conversations about complex issues and current events. Dave is known for his iconoclastic and honest approach to big ideas and his unwavering support for free speech.

Rubin began his career as a stand up comedian and continues to perform throughout the United States utilizing his voice to highlight the absurdities of the country’s increasingly polarized political landscape. He accompanied Jordan Peterson on an international speaking tour where they addressed hundreds of thousands of people across three continents.

In an effort to combat big tech censorship, Rubin founded Locals.com, a subscription based digital platform that empowers creators to be independent by giving them control over their content and data.

Rubin currently resides in Miami with his husband David Janet and their rescue dog, Clyde. 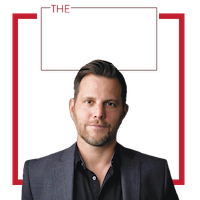